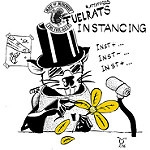 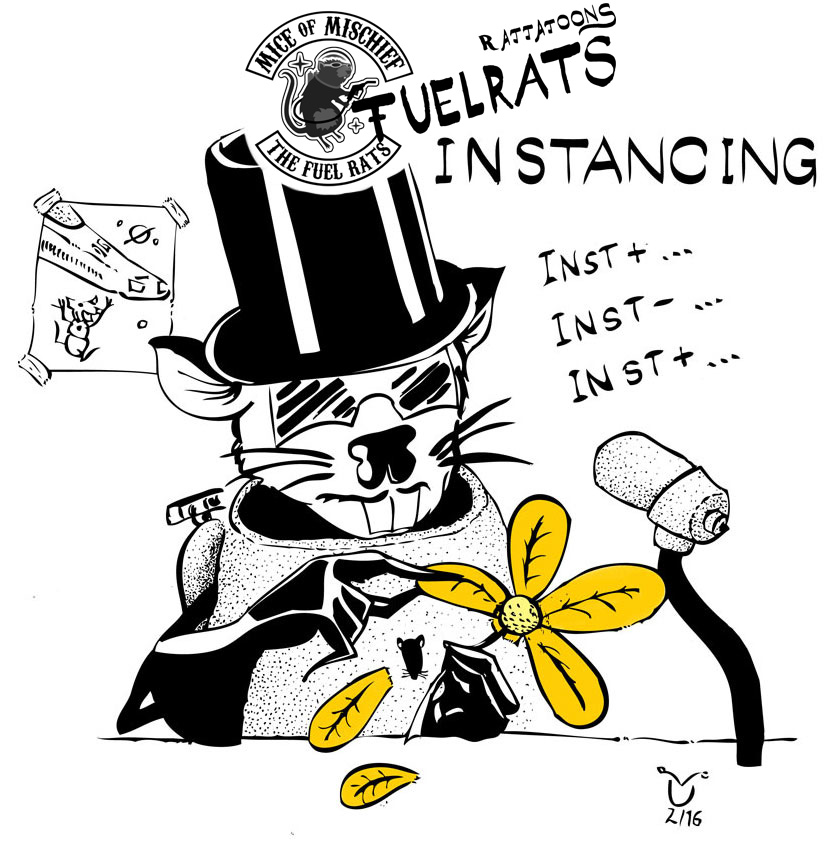 The problem of "instancing" was very common in 3302, until the Fuel Rats helped Frontier by supplying technical information about instancing failures during their rescues.
"Instancing" is the case when Rat ships drop on a client's beacon from Supercruise, but the client's ship is not present where the Rat ships are -- it is in another "instance" (which you also might call parallel reality). It is rooted in the game's functionality through peer-to-peer networking. There are different methods like a Supercruise hop or the famous Fionn to get in the same instance, but they all are untidy.
So all dispatches in those years could do was pray to RatMama that instancing might not fail the precieous Rats they assigned on a rescue.

On a side note, I started to declare it the "Rattatoon Thursday" since beginning of march -- I stared publishing a Rattatoon on every Thursday. Even though I prepared some cartoons in advance, as the signature shows. Those who really looked closely even eyed the time.

Logo credits go to the great Father Cool
Copyright notice: If you wish to use Rattatoons or parts of them in publications about the Rats, even in commercial press releases as long as they are part of a press release about the FuelRats (CC 3.0 by), feel free to do so. That’s what they are for (if you think they are appropriate that is). CC 3.0 nc-nd-by otherwise. Yet please drop me a note so i can enjoy seeing them dancing