A Rat trapped by a White Dwarf Cone

Rats are hard tempted when it comes to longer jump ranges. It is the ultimate bait—apart from certain candy bars and, of course, fuel. And so, after a row of successful rescues, the huge Rattalooga of Uvelius Sång couldn't withstand the temptation to drop by a white dwarf to supercharge his FSD. Yet to bait the Thargoids, he decided to stay a bit longer in the cone ... 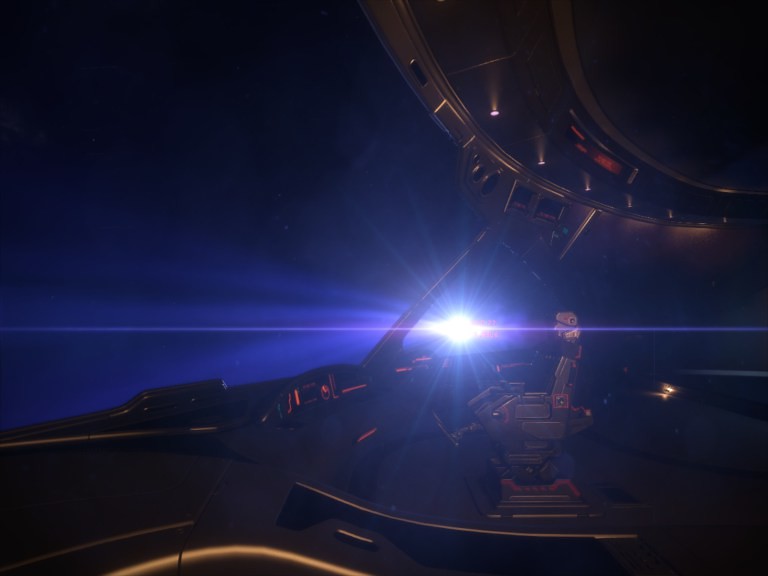 The Rattalooga, a solid ship not easy to shake, creaked and shook like an oak tree in a thunderstorm. Yet Uvelius held course, until—the FSD gave up with a shriek of agony, throwing the Rattalooga back to normal space. Messages popped up like there was no tomorrow:

One after the other, systems went dead. While Uvelius dreaded that the cone was much too wide to be covered by normal space thrusters, he boosted, boosted and boosted at full speed, valiantly trying to keep a moderately constant alignment, while the Rattalooga screamed and swayed violently, turned over it's belly like an injured space whale, and made it close to impossible to keep on track. Whenever the huge ship started to point into the direction of the brilliantly glowing White Dwarf, the canopy cracked and splintered, yet it held ... for now. Catastrophic messages chased across the HUD, Overload damage! ... Chaff failed! ... Heat sinks off-line! ... Thruster malfunction! ... Shields off-line! ... Cargo Hatch off-line ... Luxury Docking Computer off-line! ... some welcomingly dark space ahead, the milkyway, a point in space to align to, hardly possible to keep in focus, and then, with a deafening creak, the Rattalooga was pushed away again, the blue veil of death coming down again. A white streak of scanner blips indicated all Fuel Limpets tumbled out like the blood of an injured animal.

When the Rat saw that thumping the frame shift button was to no avail, he rebooted the systems of his beloved Rat ship. Quickly, he sent a message to RatChat, being fully aware that it could be his last one. Shields on-line! Thrusters on-line!

Right when a fellow Rat replied »Well that was it, good bye«, the canopy blew. The deadly chill of space immediately filled the cockpit, and Uvelius even shivered in his fur. Yet even more dreading was the blue white gale continuously blowing hard from the White Dwarf, threatening to fry or freeze anything in it's way. The currents were unstable as ever, flipping the ship here and there. With only 7 minutes of live left, Uvelius quickly posted »I am not dead yet!« on RatChat and gripped the controls, hard. 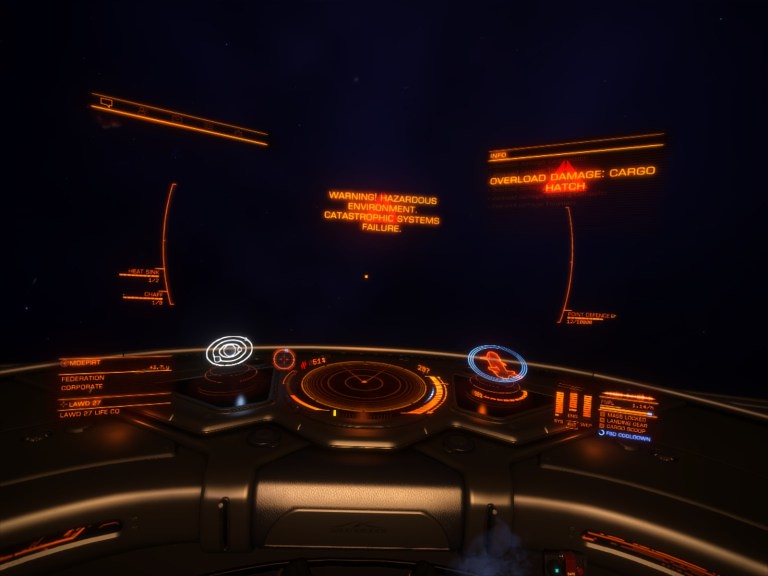 He was close to give up all hopes while the timer mercilessly ticked down, with no-one who could save him -- a case beyond the capabilities of the Fuel Rats and any other helpful rodent out there. Five minutes ... Shields off-line! ... Thrusters off-line! ... and the Rattalooga drifted helplessly like a leaf in a hurricane, sparks showering the Rat in it's seat. Another reboot? No time! Thoughts crossed Uvelius' mind: So that was it, after nearly 100 first limpet rescues, getting fried to a Rat steak because reckless refuelling, well, how fitting.

Thrusters on-line. Magically, the Rattalooga had managed in it's agony to fix the thruster circuits! Yet, still no jump capability ... Uvelius boosted again ... five minutes left! Suffocating imminent! ... the deadly beacon of pure white light washed over the canopy as the Rattalooga swayed around, barely under control again, and suddenly .... Frame Shift Drive charging!

YES!, thought Uvelius and was about to bring up the Galaxy map, quick now, as the spooling up was broken: Frame Shift Drive failed!

No! Not again! Uvelius refused to give up, pushed the FSD charger, hopelessly though, three and a half minutes left, and ... it spooled up again! Would it hold? Would it be possible with the ship rocking around like a mad horse on steroids?

Three ... two ... one ... engage—it worked! the supercruise channel opened, and Uvelius hastily steered his ship away from the cones, simulanteously bringing up Galmap, picking the next best system with a decent name on it, since real system names usually mean stations ... two minutes fifty o live! Run rat run!

The hyperspace tunnel opened and the Rattalooga, still throwing sparks around, barreled through. All would be in vain if the target system would have a station farther away than right at the doorstep.

Dropping in system! Two minutes of life left! Hastily checking the Nav panel, the Rat in distress spotted a station in a couple of hundred light seconds away. Now everything was down to supercruise speed ... there was not much more to do than watching the timer draining away oxygen. Aligning with the station beacon with a near-gone HUD, approaching with maximum speed yet not overshooting needed full focus again. Dropping, for what seemed as an eternity ... a minute of air left to run! The Rattalooga popped in normal space at the side of a huge Ocellus station, boost Rat boost, ignoring all speeding warnings. A crash, even in the rack or with a fighter, would mean a violent death, since the hull of the huge whale was down to 16% already.

No time to be careful! Fourty seconds left! the Rattalooga chased in at neck-breaking speed, aligned with the mailslot, boosted, pulled all breaks while approaching, twenty seconds left to live!

Twenty seconds! And the mailslot seemed miles away. Nevertheless, keep cool, Rat, don't get stuck or you are dead, not too fast now! A Rattalooga is a delicate ship if not properly aligned.

And then, four seconds later, the sizzling of the mailslot's shields, a sudden pop in the ears, sounds turning back to normal, and ... the oxygen timer frozen at 15 seconds. The rat nearly tap-danced in the cockpit. Made it! 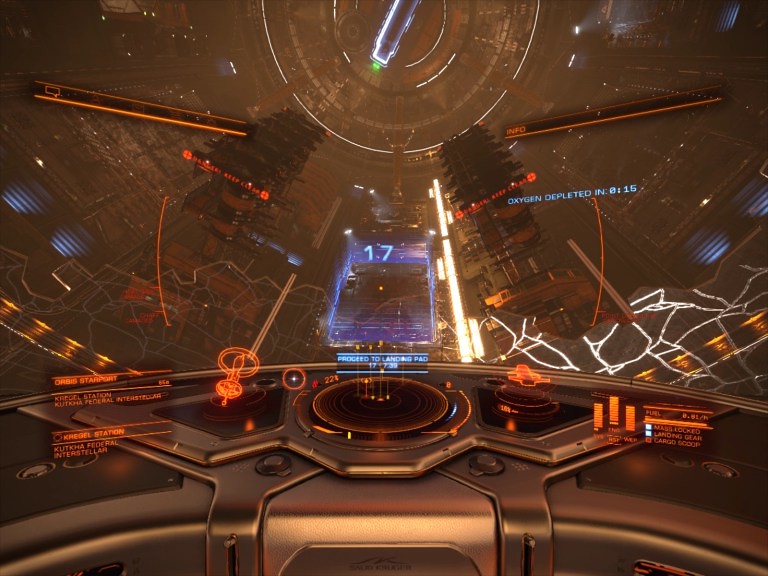 Yet it was still not over. Proceed to langing pad 17. With only 16% hull, landing the huge space whale was something special. But first, the landing pat was un-findable, making the Rattalooga turn around to look for it in the narrow space of the station, creaking dangerously. There it was! ... right encased between two huge pillars. Was that a joke? The first time Uvelius had to land on such a narrow patch, and that with a Rattalooga already falling apart as it was. But at least time was not an issue anymore.

Navigating around the racks, he very, very carefully moved his ship between them from the side, approaching at minimal speed, touching down like a feather ... and still loosing some hull points in a shower of sparks as the front part of the belly of the ship scratched some meters over the landing pad. then, it was done.

Results of the devastating encounter with the White Dwarf Rat trap: 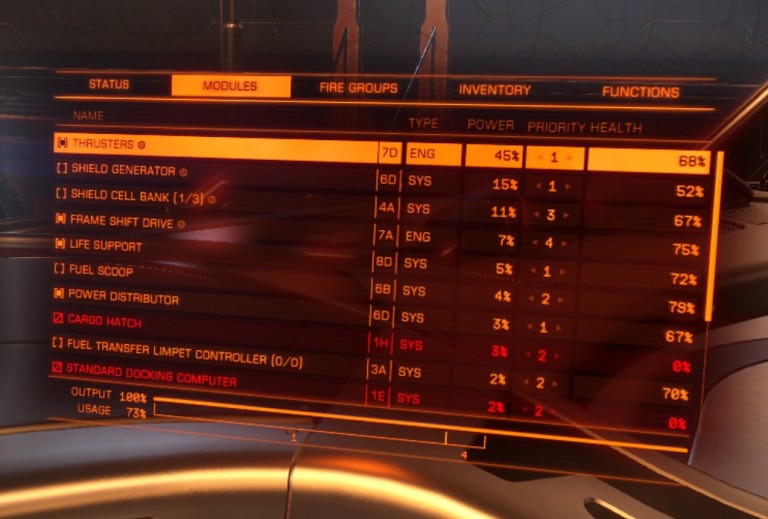 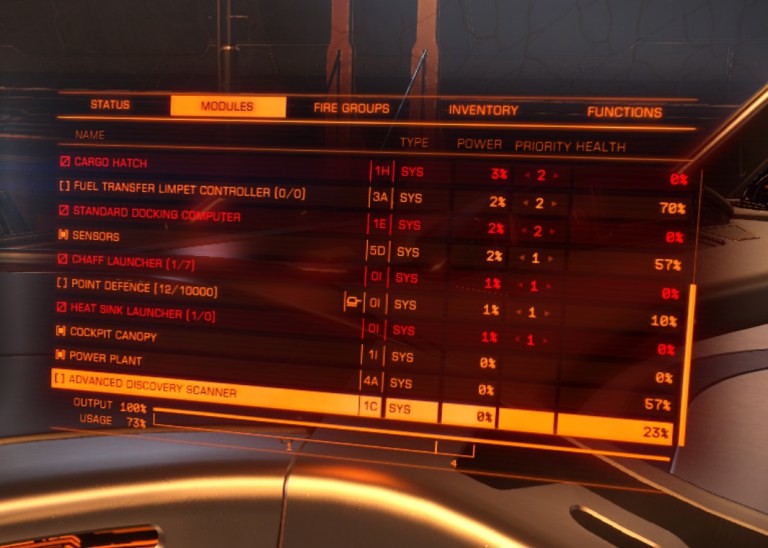 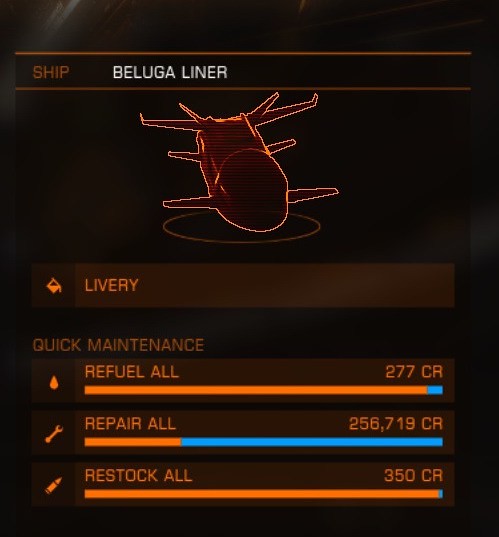 ... which was very happily paid.

When you sooner or later meet a White Dwarf ... be careful, they are really nasty ones.

Of course, it sparked a Rattatoon. 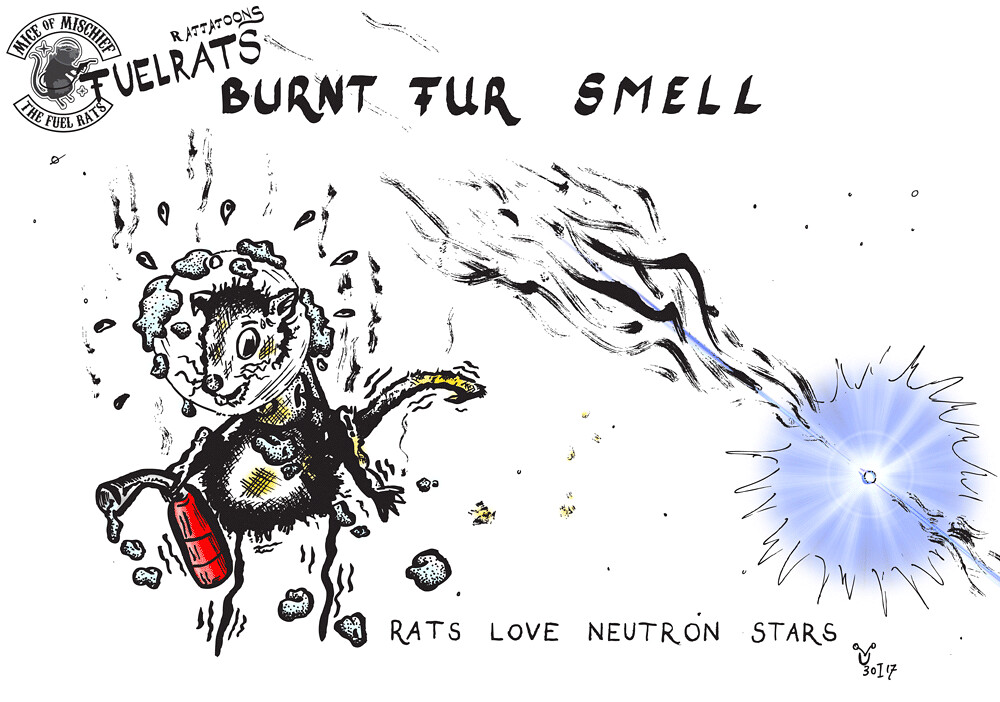 All screenshots taken from the event above. Nothing staged. Paws still sweating.

Copyright notice: If you wish to use the story or parts of it in publications about the Rats, even in commercial press releases as long as they are part of a press release about the FuelRats (CC 3.0 by), feel free to do so. And of course on fuelrats.com. CC 3.0 nc-nd-by otherwise. being read is what it is  for . Yet please drop me a note so I can enjoy see it being alive :) /Uvelius