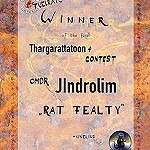 the Fuel Rat founder Surly Badger asked me to provide him with a certificate for Epic achievements. With pleasure -- here we go!
Epic honour are a way ....
... to show the fellow Rat's respect and appreciation, a honour usually dealt out for excessively long rescue missions (beyond 10,000 light years, which require, in 3302, more than a week of playing time). Only very seldom, in certain cases, are those Laurels given out for special achievements. To show a Golden Laurel with your roundel means that you are a really dedicated and highly respected Rat.

Up to now, honoured rats received the golden Epic Laurel both physically as a PVC badge, and digitally for their signatures. Surly wanted to spice it up a bit by sending them a certificate as well. And of course i was pleased to create such a certificate. 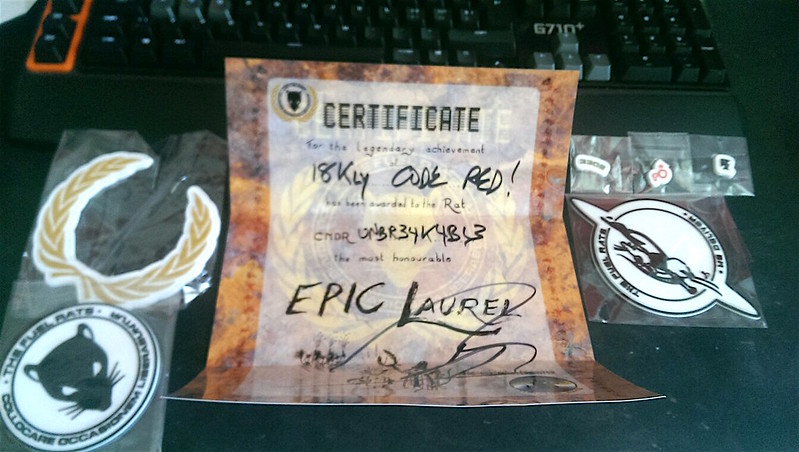 The design I later used, with some adjustments, as certificates for Rat contest winners, as here for the fantastic Fuel Rat Jindrolim (check out his Tactical Face Plant trainings -- really hot stuff!). 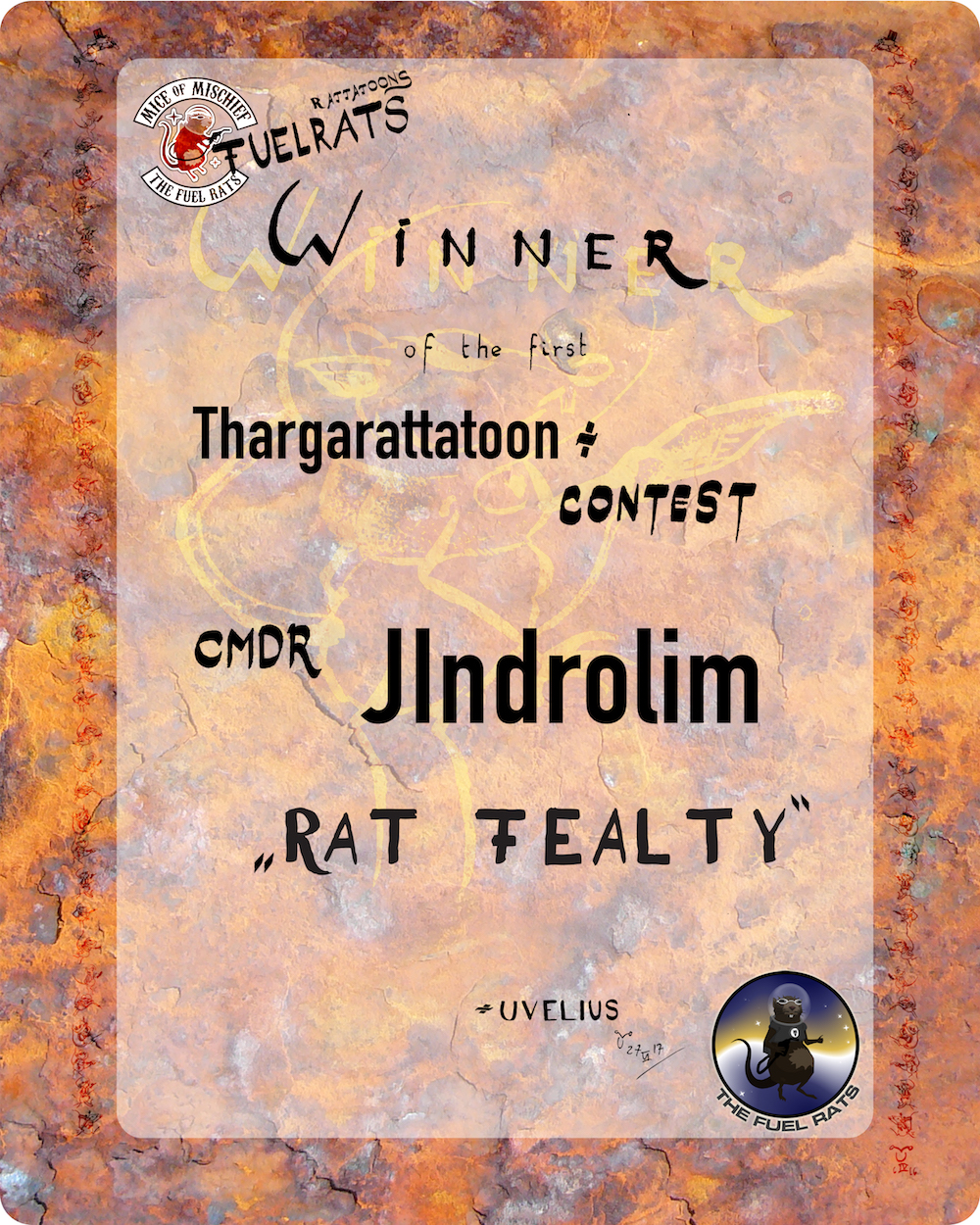