Fuel Rat Logos Through The Times 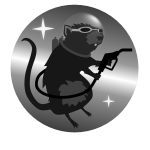 The Fuel Rats have inspired quite a few Rats to create logos for the group. Here is a little gallery with them:

The Fuel Rats. by Robinjb
Probably the first acknowledged Fuel Rats logo, created somewhere in 3301, that also made it inte Elite: Dangerous as the official Fuel Rats decal. The decals were first given by Frontier as a bunch of access codes that were in turn handed out to rats before a certain date, now they are given to any Rats that accomplish 10 or more rescues (3304). 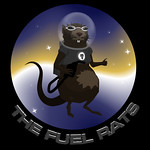 A PVC badge version as well as a t-shirt was available until 3303.

The Fuel Rats. Collocare Occasionem Liberabuntur. By Father Cool
Father Cools Fuel Rat roundel, that made it to the rats honours and is even sent out as a physical PVC badge to Rats, completed with smaller pips for certain achievements (see "Rat's honours" and "3303 leaderboard"). Really special achievements could make you even receive a Fuel Rats plaque that Surly sent out, and which could be polished and brushed nicely.

Read more about how Surly makes a 18``Fuel Rat roundel at his forum post. 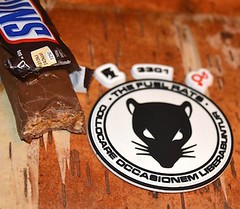 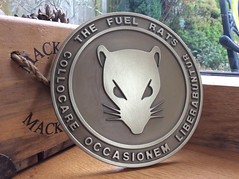 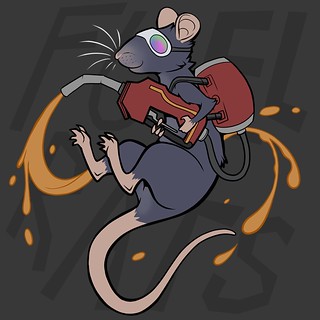 Fuel Rats. By D0lphin
Fellow Rat D0lphin made this fantastic Rat, which now also is available as a Fuel Rat t-shirt (get it here through The Fuel Rat blog). And Commander D0lphin herself wearing the shirt. 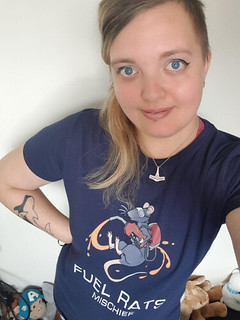 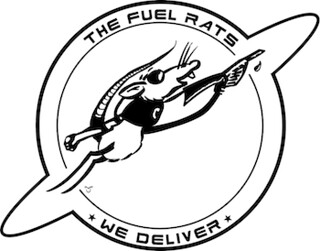 The Fuel Rats. We deliver. By Uvelius Sång
Uvelius' Fuel Rat roundel, designed on request by a fellow Rat (Orange Sheets? Was that you?), inspired by his Rattatoons and also available as a PVC roundel. 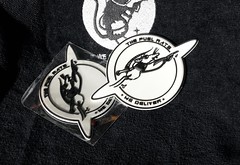